Catch up on whats happening

Educating students from Pre-Kindergarten to Year 12

Mukinbudin District High School is an Independent Public School with excellence at the core of everything we do. Providing education since 1923, we work with parents and community to ensure a supportive learning environment for all our students.

We are committed to giving them opportunities to achieve their personal best and develop into independent learners, positive individuals and responsible citizens. 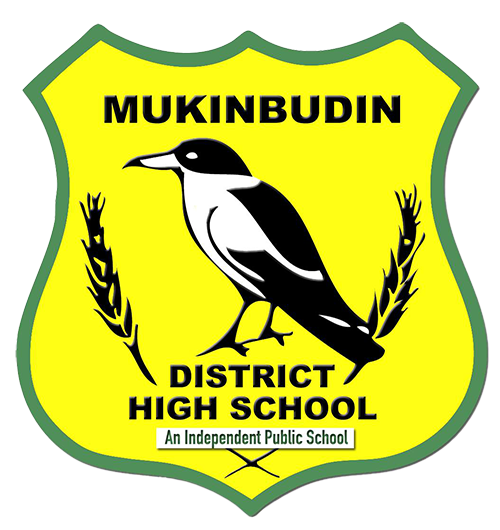 Welcome to the season of Makuru

The coldest and wettest time of the year, Makuru was traditionally the time that Noongar people moved back inland and away from the coast. Winds turn to the west and south bringing rain and occasional snow on the peaks of the Stirling and Porongurup Ranges.

During this season, waterways and catchments begin to fill and Noongar people change their diet from eating food from the sea and lakes to hunting grazing animals such as the kangaroo or ‘yongar’. The yongar not only provided a food source but also ‘bookas’ which are animal skin cloaks used as nights became much colder. Bones and sinews were also used from the yongar for spear making and manufacturing of a booka.

Makuru is also a time for animals to begin pairing up in preparation for breeding in the coming season. ‘Wardongs’ (ravens) can be seen flying together during this season, and upon the lakes and rivers of the Southwest you will notice the influx of ‘Mali’ of Black Swan as they prepare to nest and breed.

Blue and purple flowers such as Blueberry Lilly (Dianella Revoluta) and the Purple Flags (Patersonia Occidentalis) emerge during these colder months, and as Mukuru draws to a close. You will notice the white flowers of the weeping peppermint (Agonis Flexuosa) as the blues start to make way for the white and cream flowers of Djilba.

Our school is a part of the Eastern Wheatbelt Education Network (EWEN) which is made up of Southern Cross, Kellerberrin and Bruce Rock district high schools; Moorine Rock and Nungarin primary schools; and Merredin College. This collaboration allows us to meet the needs of our students through shared learning, working across schools and developing whole of network strategies.

Students have dedicated teachers and support staff who strive to offer the best possible education for all children in Mukinbudin and surrounding farms. They work towards ongoing improvement and demand the highest possible results from their students. They are well supported by parents and a community that strongly values education.

Providing a supportive learning environment​ to students within the beautiful community of Mukinbudin and surrounds. We at MDHS would like to say Thankyou to the Kalamaya people of the Gubrun nation for letting us share your land. We promise to look after it, the animals and people too.